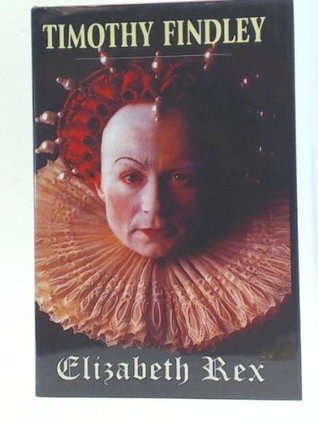 Elizabeth Rex​ - Timothy Findley
What makes a man a man and woman a woman? Late at night on the eve of her lover's execution, this is the question Queen Elizabeth descends to the stable lodgings of Shakespeare's players to wrestle with. Her unexpected arrival disturbs Shakespeare and his rag-tag troupe after their evening's performance and provokes the rapler-sharp, haughty indifference of Ned, Shakespeare's genius performer of women's roles. Aging, broken by syphilis, and suffering from lost love, Ned is every bit as caustic and imperious as the Queen, whose despair over Lord Essex's pending death is apparent to everyone but herself. 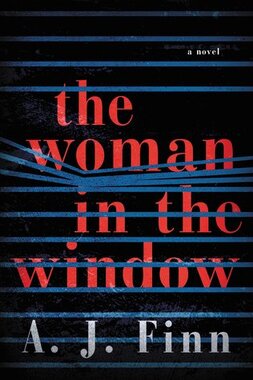 The Woman in the Window​ - A.J. Finn
Anna Fox lives alone—a recluse in her New York City home, unable to venture outside. She spends her day drinking wine (maybe too much), watching old movies, recalling happier times . . . and spying on her neighbors.

Then the Russells move into the house across the way: a father, a mother, their teenage son. The perfect family. But when Anna, gazing out her window one night, sees something she shouldn’t, her world begins to crumble—and its shocking secrets are laid bare.

What is real? What is imagined? Who is in danger? Who is in control? In this diabolically gripping thriller, no one—and nothing—is what it seems. 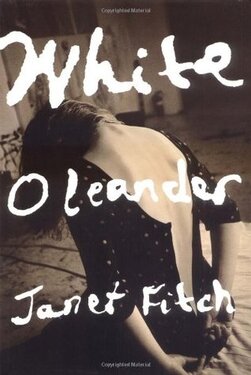 White Oleander​ - Janet Fitch
Everywhere hailed as a novel of rare beauty and power, White Oleander tells the unforgettable story of Ingrid, a brilliant poet imprisoned for murder, and her daughter, Astrid, whose odyssey through a series of Los Angeles foster homes--each its own universe, with its own laws, its own dangers, its own hard lessons to be learned--becomes a redeeming and surprising journey of self-discovery. 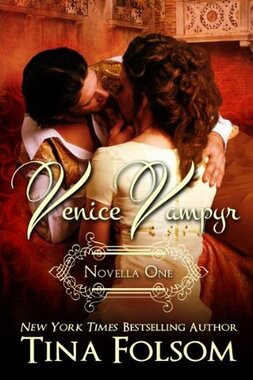 Isabella Tenderini, a wealthy merchant's widow rescues a stranger from drowning in one of Venice's canals. And how does the man repay her selfless act? By kissing her - her, a respectable woman.

Not only is Raphael di Santori grateful for his life being saved, he would also like to thank his rescuer very intimately - more intimately than decorum allows. But then, Raphael has never been one to play by the rules - as a vampire he doesn't have to. 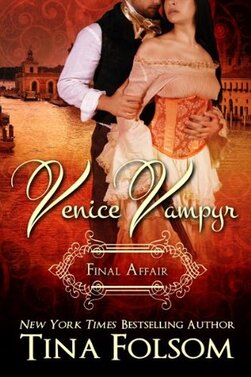 Final Affair - Tina Folsom
Venice, Italy - early 1800s
​
Viola has been given three months to live but she refuses to die a virgin. She travels to Venice where she wants to experience physical pleasure with a man without causing a scandal for her family. Afterward, she plans to take her own life to ensure she exits the world painlessly and with dignity. Unfortunately, the man she meets in a disreputable club couldn't be a worse choice for her plans.

Dante, a hedonistic vampire, saves Viola from a violent rake. To stop her from seeking out even more dangerous men to find carnal pleasures, he offers her a night of passion in his arms, only to discover she's a virgin.

Viola flees, disdainful of the sex act and determined to end her life. Horrified, Dante stops Viola from harming herself and proceeds to deliver the pleasure he promised - one kiss and one touch at a time until she's ready to take all of him, over and over again.
Then events force Dante's hand ... 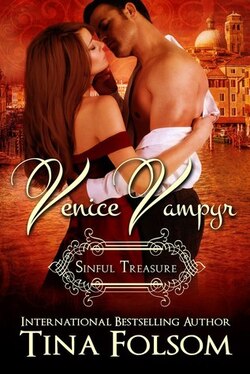 When vampire rake Lorenzo Conti finds a beautiful woman sleeping in the bedchamber of his newly acquired home, he believes her to be a housewarming gift bestowed upon him by his thoughtful friends. There’s only one thing to do with such a delicious present: ravish her!

The mysterious Bianca rushes to Venice upon her father’s death but arrives too late: the house that she believes to contain a priceless treasure has already been sold. Hoping the new owner won’t move in for another few days, she breaks in to search for her father’s elusive treasure.

But when Lorenzo discovers her, she has to think fast and find a way to remain at the house to continue her search. And what better way than to seduce the new owner? 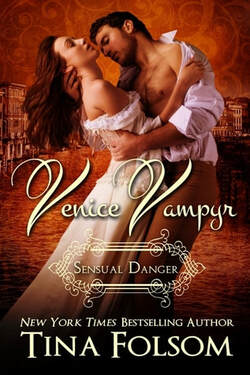 When vampire Nico purchases a house to further his fellow vampires' goal of creating a secure compound within Venice, he doesn't expect to get a headstrong wife in the bargain. He plans to send her to the mainland after their wedding night so he can continue his debauched bachelor life.

But when he meets the unexpectedly beautiful Oriana for the first time, his plans are forgotten. However, Oriana would rather pursue her scientific research than play the submissive wife to her new husband.

When Nico finds out that his wife has secrets that could endanger not only him, but the entire vampire population of Venice, he has to make a choice: get rid of her, or seduce her to join his side. Luckily, seduction is what Nico does best ... 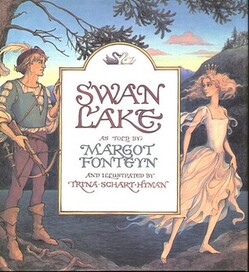 Swan Lake​ - Margot Fonteyn
Once again, ballerina Margot Fonteyn enchants audiences, this time to tell the tale of the doomed lovers as only she can. 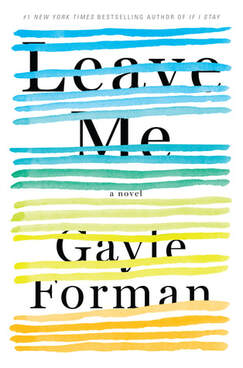 Leave Me​ - Gayle Forman
For every woman who has ever fantasized about driving past her exit on the highway instead of going home to make dinner, for every woman who has ever dreamed of boarding a train to a place where no one needs constant attention--meet Maribeth Klein. A harried working mother who's so busy taking care of her husband and twins, she doesn't even realize she's had a heart attack.

Afterward, surprised to discover that her recuperation seems to be an imposition on those who rely on her, Maribeth does the unthinkable: She packs a bag and leaves. But, as is so often the case, once we get to where we're going, we see our lives from a different perspective. Far from the demands of family and career and with the help of liberating new friendships, Maribeth is finally able to own up to secrets she has been keeping from those she loves and from herself. 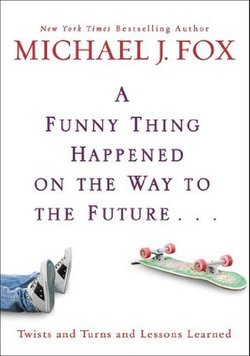 A Funny Thing Happened on the Way to the Future . . . : Twists and Turns and Lessons Learned - Michael J. Fox
Michael J. Fox abandoned high school to pursue an acting career, but went on to receive honorary degrees from several universities and garner the highest accolades for his acting, as well as for his writing. In his new book, he inspires and motivates graduates to recognize opportunities, maximize their abilities, and roll with the punches--all with his trademark optimism, warmth, and humor. In A Funny Thing Happened on the Way to the Future, Michael draws on his own life experiences to make a case that real learning happens when "life goes skidding sideways." He writes of coming to Los Angeles from Canada at age eighteen and attempting to make his way as an actor. Fox offers up a comically skewed take on how, in his own way, he fulfilled the requirements of a college syllabus. He learned Economics as a starving artist; an unexpected turn as a neophyte activist schooled him in Political Science; and his approach to Comparative Literature involved stacking books up against their movie versions. Replete with personal stories and hilarious anecdotes, Michael J. Fox's new book is the perfect gift for graduates. 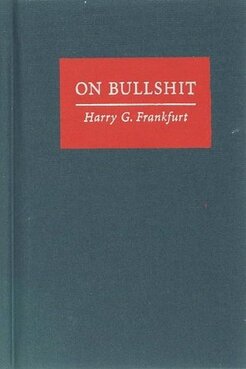 On Bullshit​ - Harry G. Frankfurt
One of the most salient features of our culture is that there is so much bullshit. Everyone knows this. Each of us contributes his share. But we tend to take the situation for granted. Most people are rather confident of their ability to recognize bullshit and to avoid being taken in by it. So the phenomenon has not aroused much deliberate concern. We have no clear understanding of what bullshit is, why there is so much of it, or what functions it serves. And we lack a conscientiously developed appreciation of what it means to us. In other words, as Harry Frankfurt writes, "we have no theory."

Frankfurt, one of the world's most influential moral philosophers, attempts to build such a theory here. With his characteristic combination of philosophical acuity, psychological insight, and wry humor, Frankfurt proceeds by exploring how bullshit and the related concept of humbug are distinct from lying. He argues that bullshitters misrepresent themselves to their audience not as liars do, that is, by deliberately making false claims about what is true. In fact, bullshit need not be untrue at all.

Rather, bullshitters seek to convey a certain impression of themselves without being concerned about whether anything at all is true. They quietly change the rules governing their end of the conversation so that claims about truth and falsity are irrelevant. Frankfurt concludes that although bullshit can take many innocent forms, excessive indulgence in it can eventually undermine the practitioner's capacity to tell the truth in a way that lying does not. Liars at least acknowledge that it matters what is true. By virtue of this, Frankfurt writes, bullshit is a greater enemy of the truth than lies are. 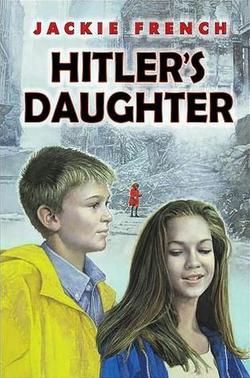 Hitler's Daughter - Jackie French
Her name was Heidi, and she was Hitler's daughter.

It began on a rainy morning in Australia, as part of a game played by Mark and his friends. It was a storytelling game, and the four friends took turns weaving tales about fairies and mermaids and horses. But Anna's story was different this time: it was not a fairy tale or an adventure story. The story was about a young girl who lived during World War II. Her name was Heidi, and she was Hitler's daughter.

As Anna's story unfolds, Mark is haunted by the image of Hitler's daughter. He wonders what he would have done in her place if he had known his father was an evil man leading the world into a war that was destroying millions of lives. And if Mark had known, would he have had the power and determination to stop him? 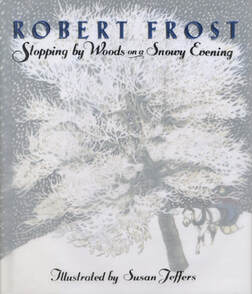 Stopping by Woods on a Snowy Evening​ - Robert Frost
Ever since it was published in 1978, the picture-book presentation of Robert Frost's poem "Stopping by Woods on a Snowy Evening" has been an enduring favorite. For this special edition with a new design, trim size, and three new spreads, Susan Jeffers has added more detail and subtle color to her sweeping backgrounds of frosty New England scenes. There are more animals to find among the trees, and the kindly figure with his "promises to keep" exudes warmth as he stops to appreciate the quiet delights of winter. The handsome new vellum jacket will attract new and old fans as it evokes a frost-covered windowpane.
Powered by