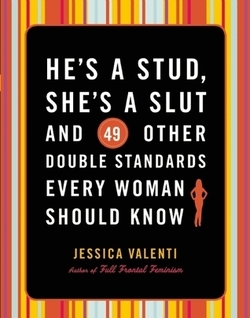 He's a Stud, She's a Slut, and 49 Other Double Standards Every Woman Should Know​ - Jessica Valenti
Double standards are nothing new. Women deal with them every day. Take the common truism that women who sleep around are sluts while men are studs. Why is it that men grow distinguished and sexily gray as they age while women just get saggy and haggard? Have you ever wondered how a young woman is supposed to be both virginal and provocatively enticing at the same time? Isn’t it unfair that working moms are labeled “bad” for focusing on their careers while we shake our heads in disbelief when we hear about the occasional stay-at-home dad?

In 50 Double Standards Every Woman Should Know, Jessica Valenti, author of Full Frontal Feminism, calls out the double standards that affect every woman. Whether Jessica is pointing out the wage earning discrepancies between men and women or revealing all of the places that women still aren’t equal to their male counterparts—be it in the workplace, courtroom, bedroom, or home—she maintains her signature wittily sarcastic tone. With sass, humor, and in-your-face facts, this book informs and equips women with the tools they need to combat sexist comments, topple ridiculous stereotypes (girls aren’t good at math?), and end the promotion of lame double standards. 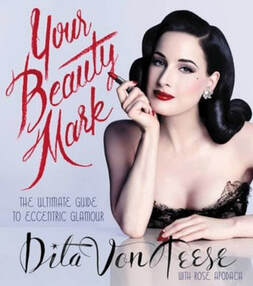 Your Beauty Mark: The Ultimate Guide to Eccentric Glamour - Dita Von Teese
Dita Von Teese divulges the beauty secrets that have earned her a frequent spot on international best dressed lists and high-profile fashion show rosters. She takes the reader through every step of her signature looks - from her perfectly coiffed hair to her flawless skin and makeup - and turns to experts and friends for advice.
Powered by